The goal of evolution / evolution is to gain as good a picture as possible of the operation of universal laws, so that we do not conflict with them and avoid the painful moments in our lives. That is why I offer you details that complement the knowledge on these issues, but they also get rid of some illusions. 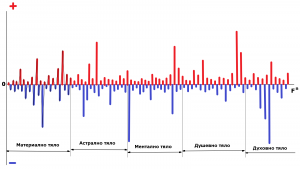 Powered by Philosophy of Everyday Life